So what if I can't spell Armageddon.
It's not the end of the world. 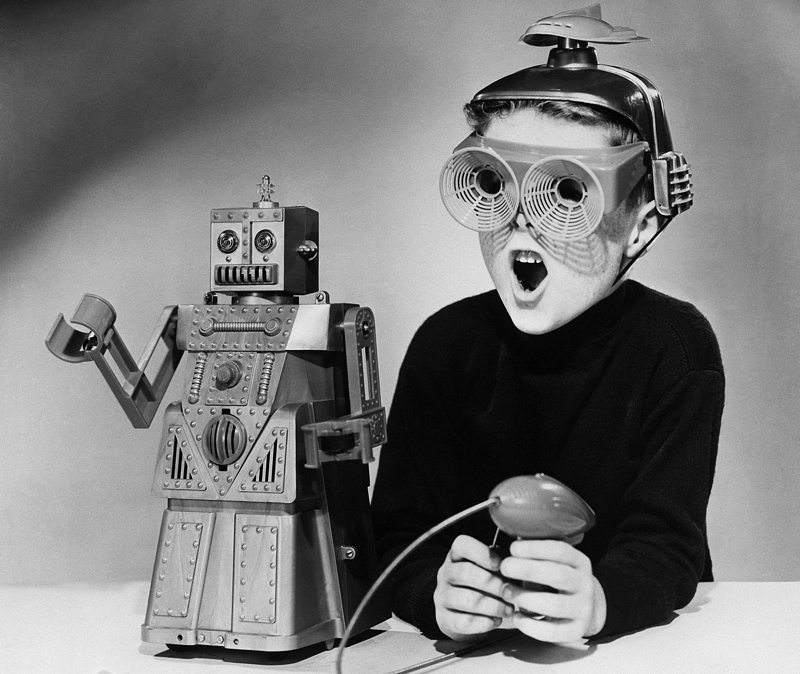 Inteligencia artificial (Artificial Intelligence) is in its infancy. Tim Urban wrote an exhaustive piece on the subject which defines three types of AI. Narrow AI (ANI) is already all around us. Cars, phones, predictive analysis, Google Translate, and high finance all make use of ANI. What is more pressingly interesting, however, is Artificial Superintelligence (ASI), which can be defined as "an intellect that is much smarter than the best human brains in practically every field, including scientific creativity, general wisdom and social skills." The gist of Tim's piece is that the rate of technological advancement makes ASI a real possibility in just a few short years. Let's consult wikipedia (because wikipedia is always right). Here we can learn of "recursive self-improvement". An AI with this ability "would then be even better at improving itself, and could continue doing so in a rapidly increasing cycle, leading to a superintelligence. This scenario is known as an intelligence explosion. Such an intelligence would not have the limitations of human intellect, and may be able to invent or discover almost anything". How would we co-exist with such an intelligence, and would we still have our hands on the plug?

La Explosiòn de la Inteligencia may never happen. It now seems clear that the workings of the human mind bear no resemblance to a computer as we know it. But if ASI is possible, and it happens, it will be fast. "It takes decades for the first AI system to reach low-level general intelligence, but it finally happens. A computer is able to understand the world around it as well as a human four-year-old. Suddenly, within an hour of hitting that milestone, the system pumps out the grand theory of physics that unifies general relativity and quantum mechanics, something no human has been able to definitively do. 90 minutes after that, the AI has become an ASI, 170,000 times more intelligent than a human."

Self-Driving Trucks Are Going to Hit Us Like a Human-Driven Truck. As a recipient of Social Security, I don't want funding for this retirement program to dry up. It is estimated that the imminent adoption of this technology will eliminate about 8.7 million trucking-related jobs in the United States alone. Should robots (or AI) be taxed for eliminating jobs? That's the argument put forward by University of Geneva professor and tax lawyer Xavier Oberson. Personally, I like the argument.

Next up, se rieron cuando me senté en el piano.

Herbert had been fetched, but not unexpectedly. Not when you consider that he was indebted to her, and she, drawing conclusions, had been searching for a point in space smaller than an idea, knowing he would never respond. He would commit, only to disappear, an ability far more valuable than the money he would need to move on. Before he looked for it, Carter made a deal to buy a product that made the most sense. Playing a hunch, knowing that grocery stores were places of immense power, she was waiting to give him the money. Herbert almost laughed. Instead, he took her up on it..